Alexander Hoppe has Richard’s deer. Which is funny because a few days before I finally made it to Skykitchen Berlin, I visited Richard, another Michelin star restaurant in Berlin, and there was no deer there – see here my review about Richard Richard, Restaurant, Berlin

Not that you should get the impression that I go exclusively to starred restaurants, but Berlin makes it quite easy, given that there are a total of 21 restaurants with altogether 28 stars – more than any other city in Germany and currently in 12th place in the world, and in Europe coming in right after Paris, London, and Brussels at number four! This said, I do not think that restaurants are necessarily better just because they have a star. There are many I’ve visited in past years they would easily get one from me, if I were a tester. But there are many cities and places in world that Michelin does not even test. And since I’m not ruining the career of a chef or a winemaker because I may not like what I’m served, with my recommendations you can take them or leave them. A friend from Los Angeles recently visited Brawn in London (Brawn, Restaurant, London) and enjoyed it very much. It is not listed among the almost 80 restaurants with a star there. And it’s certainly interesting to see how different all of the Berlin Michelin star restaurants are – or what makes them similarly unique on the other hand. This kind of field research is best done in my current hometown. 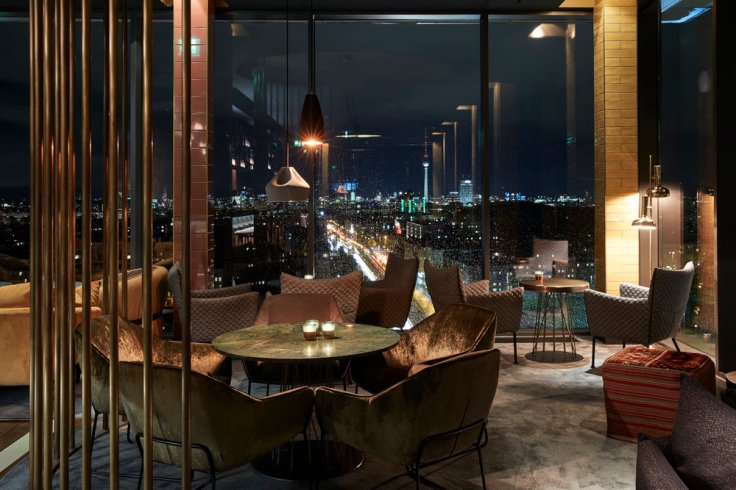 END_OF_DOCUMENT_TOKEN_TO_BE_REPLACED

If I told my friends in Los Angeles to come and eat in Beverly Hills, right on North Bedford Drive, shaking their heads would be probably the friendliest reaction I could expect. This is not a cool area, of ​​course, and most of the restaurants there are noisy, slick and simply characterless, or to say it another way, even more brutally: you really don’t want to spend your evening with the people here. Sometimes, though, it may be good to be a stranger in a city that you know quite well, but with far fewer prejudices than locals might exhibit. There are some people who would rather drive to Downtown LA, even though they live in Westwood, before deigning to eat out in Beverly Hills.

END_OF_DOCUMENT_TOKEN_TO_BE_REPLACED 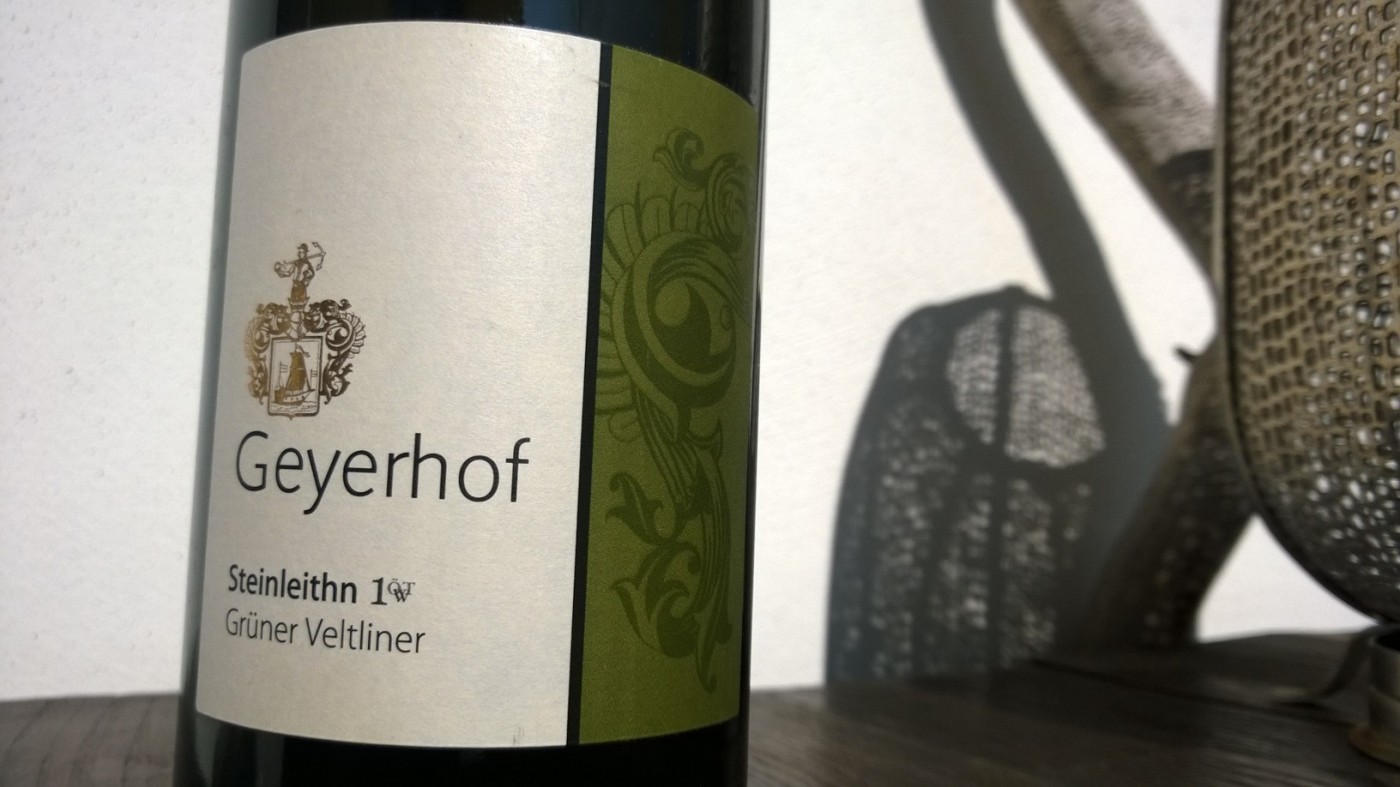 Krems is a little Austrian town on Danube, maybe 100 km upstream of Vienna. A small side valley of a stream called also Krems gives this wine area which is of a manageable size its name. It verges to two other wine areas Wachau and Kamptal. The Krems valley is rather rich of different soils. Although Danube dominates the countryside, traffic- and infrastructures the little valley offers a niche home for some great winemakers. One of them is the vinery Geyerhof in Oberfucha. Already since 1988 (!) family Meyer produce only organic wines.

END_OF_DOCUMENT_TOKEN_TO_BE_REPLACED

Another Pizza review! Since only this winter you can find one of probably most unique pizza restaurant at Ötztaler Alps very close to the skiing resource Hochgurgl / Obergurgl. The name is bad and without any soul: Top Mountain Crosspoint.

END_OF_DOCUMENT_TOKEN_TO_BE_REPLACED

Probably one of the most incomparable dinner! Let us be precise: Italian pizza. Is there anyone who never had a pizza? Very seldom I believe.

END_OF_DOCUMENT_TOKEN_TO_BE_REPLACED

Gesellmann is a prestigious and long established vinery of Austrian wine region Burgenland / Deutschkreuz. Although they produce white and red, red dominates their variety of wine. Some of the reds are pretty well known and have been awared during last years. Those belong to the best from Austria.

END_OF_DOCUMENT_TOKEN_TO_BE_REPLACED

First of all: Gemischter Satz comes along like a cuvee as it contains different sorts of grapes. Unlikely of a real cuvee Gemischter Satz means wine of different sorts of grape within the same sole vineyard. Mixed vines at only one parcels, harvest as well as pressed at the same time and place. If you like you could say the vineyard is the cuvee. This is mixted piece isn’t very common nowadays although it has been rather normal in the past.

END_OF_DOCUMENT_TOKEN_TO_BE_REPLACED

One of my most beloved and favored winemakers of Austria is Fred Loimer from Langenlois at the bottom of the Kamptal which is in the Austrian area called Niederösterreich (Lower Austria). This is certainly one of the rather less developed regions of Austria as there is almost no tourism, no industry and mainly farming. Anyhow, you can find some really interesting wine making there. The most of the wine of Niederösterreich is comparable easy and mostly “home-made”.

END_OF_DOCUMENT_TOKEN_TO_BE_REPLACED

It was on the recommendation of my friend Gasper Gabrijelcic that I visited Hisa Franko, the restaurant of one of the top, top chefs in Slovenia, Ana Roš, and her husband Valter Kramar, a unique sommelier. Since this restaurant isn’t just around the corner but located in a very beautiful valley in the South-eastern Slovenian alps, it is very reasonable that they offer ca 10 rooms for staying overnight – or for several nights.

END_OF_DOCUMENT_TOKEN_TO_BE_REPLACED

Imagine you are in the Alps: perhaps you associate this experience with some special music (hopefully not with DJ Ötzi, since then you would be a real freak, but perhaps with music of Hubert von Goisern: https://www.youtube.com/watch?v=TvaqDNEppwQ), and of course with a lot of amazing nature and countryside – but probably also with typical Alpine food. This could be “Leberknödelsuppe” (liver dumpling soup), “Kaiserschmarrn” (Kaiserschmarrn), “Schweinebraten” (roast pork) or, for example, venison. Alpine cuisine is “bodenständig” (this is a wonderful word in German, but you are damned if you need to translate this into English: it is probably a mixture of down-to-earth and native). In my experience, you either get rather cheap food which isn’t terribly delicious but is quite filling – and at least it’s affordable – or you get slightly “better” cuisine which can cost you a fortune, even though you know they haven’t used the freshest ingredients. In all likelihood, the meat was frozen and probably isn’t from Tirol but rather Slovakia. The chefs are probably not even the culprits; some smart managers of hotels and / or restaurants are likely to blame. Much of this kind of food is made quite cleverly and with a lot of “show”. After two or three days, you begin to realize that the sauce always tastes the same, no matter what kind of dish you’ve ordered. There is too much sugar in the salad dressing – you can tell that they’re using spice or herb mixes  for dressing, broths, and any kind of sauces. Quite an effort at deception !

END_OF_DOCUMENT_TOKEN_TO_BE_REPLACED

I don’t know how many years I’ve been coming to Hochgurgl – which is at the very end of Ötztal in Tirol. Hochgurgl is a part of a village called Obergurgl and consists of only six or seven hotels, ski lifts and a little chapel. Actually it is in the middle of one of the best skiing resorts in Austria, at a height of over 2000 m!

END_OF_DOCUMENT_TOKEN_TO_BE_REPLACED 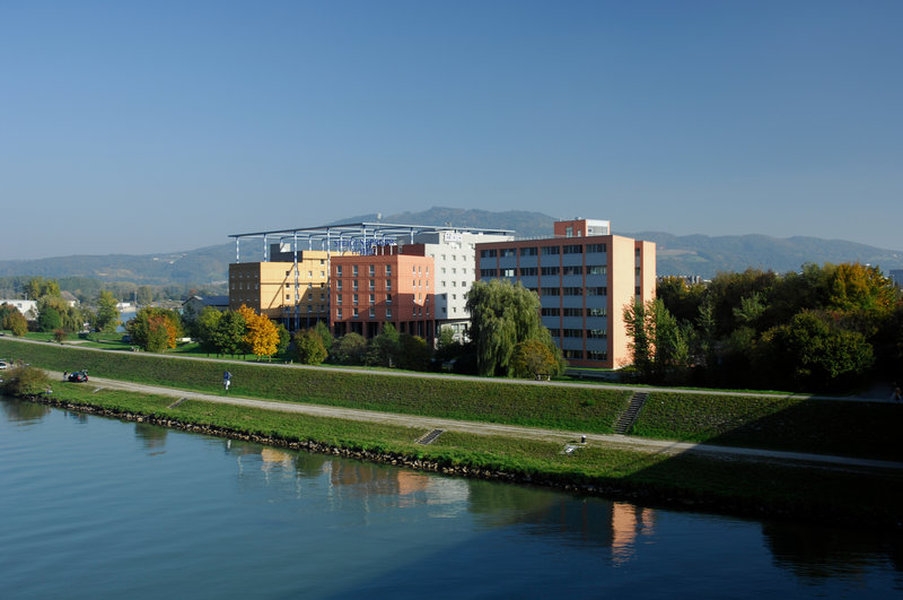 This place is attracting customers with misinformation: the hotel is, indeed, directly on the Danube  – but it’s surrounded by an industrial harbor, an Autobahn, and a refinery.  The location of this hotel is ridiculous. (http://de.steigenberger.com/Linz/Steigenberger-Hotel-Linz)

Since the room was totally overheated, I had to open the window – resulting in my room being filled with a strong “odor” of petrol and gas. It is like a deal with the devil: if you close the window it gets warm since you cannot regulate the heating and the “odor” remains in your room. If you keep window open, you at least can let the “odor” mixed with some cold air but you will be entertained the whole night by the Autobahn traffic noise.