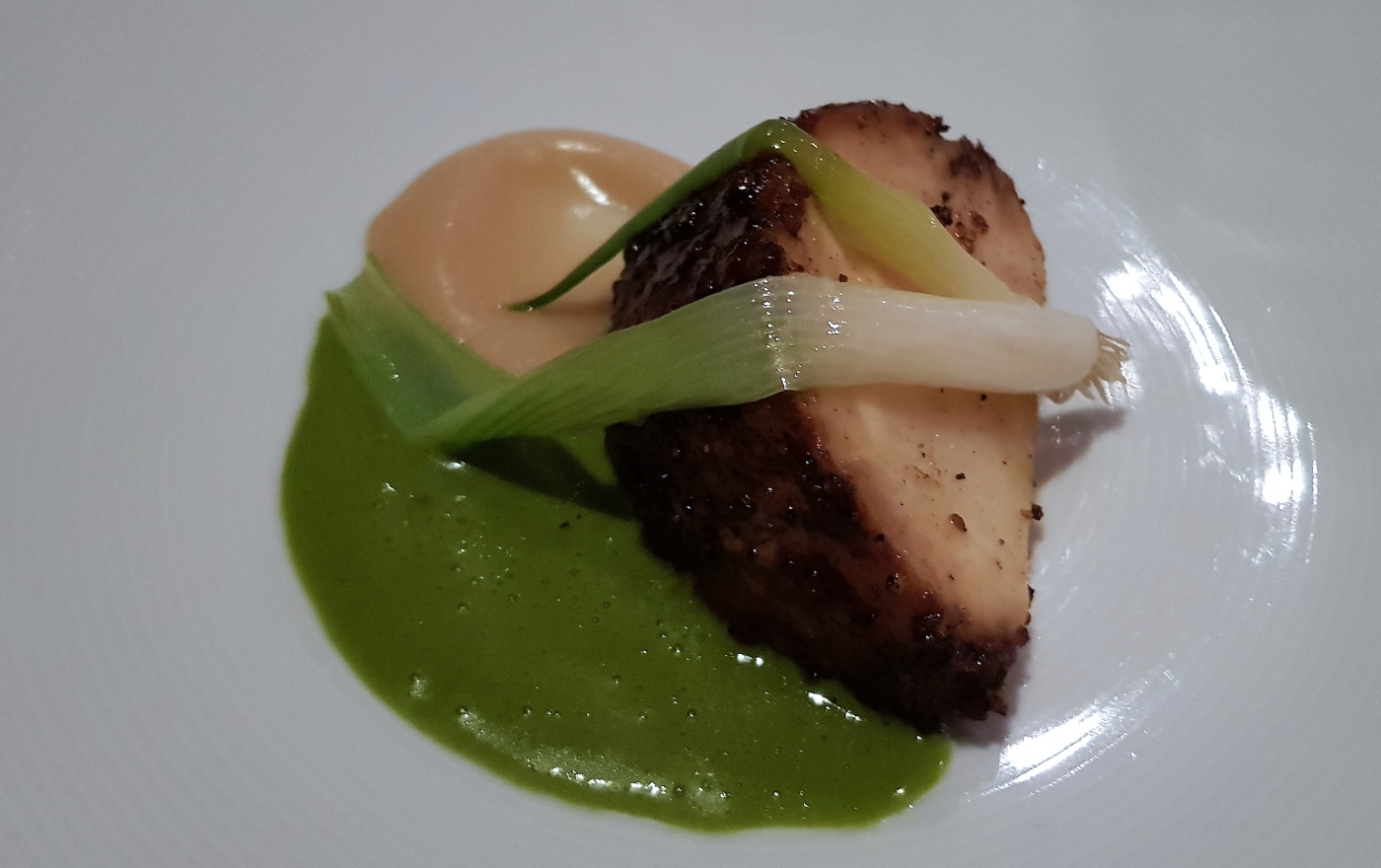 Having already heard several times about Richard, at some point it got through to me and I wondered why these mentions had actually intensified in the past few months. Perhaps it has to do with the innovations of the chef: Christian Schagerl has been cooking there since mid-2017 and changed (as it is described in some articles) the type of cuisine, and therefore the direction of the restaurant. Obviously very successfully, as he managed to avoid disappointing his audience while meanwhile the restaurant has steadily become more popular.

The best proof for this introduction is my friend Susanne Wuest (her main profession is acting). Popular restaurateur Sarah Wiener (from Austria, like Susanne) once told her that she was anorexic, which was really a remarkable insult, knowing Susanne’s sense of good food and the reliable joy she takes in sending me an sms once in a while with tips for good restaurants in London, Berlin or anywhere else she may be. Just two days before I finally went to Richard, she recommended it to me.

And funnily enough, you have to hear about this restaurant, because you can hardly see it. It is located on Köpenicker Strasse in Berlin, a street that is not full of shops or any other attractions that would tempt you to stroll along this particular stretch. Rather, it connects Mitte with the Kreuzberg subway station Schlesisches Tor. A strip of storage spaces, old warehouses and industrial buildings separate Köpenicker Strasse from the Spree. An area that has become highly attractive for construction, and so many of the old buildings are well renovated, many others are being refurbished now. But even if you walk down the street or as I always go, by bike, you will still not discover the restaurant from the outside. And so the more you’ll marvel when you enter the restaurant through the rather dark entrance in the evening: bright, exciting modern furnishings, art on the walls and on the ceiling (great lamps hanging on a light oak rose ceiling). Really, a nice room, without a bar, so a restaurant where you immediately go to your table.

I was on the road again with my friend Grant Hill and then was very happy when he expressed his annoyance that there are such restaurants in Charlottenburg (near Kurfürstendamm). Admittedly, I do not like this part of Charlottenburg at all! However, this has nothing to do with the food at the Richard but it says something about areas to find good restaurants in Berlin. You could perhaps describe the food as modern classics. Maybe a kind of fusion of French and German, whereby the German also stands for regional, because, like almost all other restaurants with Michelin star in Berlin, the hosts place great value on regional, fresh products, in this case especially with the fish. To make it short: I liked it very much. A meal without much flourish and above all – admittedly also soothing – without too much experimentation. Tastefully balanced and well-matched. Lots of sauce (I love sauce!), So you have to ask for spoons, not to lick the plate in front of everyone – something I would like to do again. My dad always did that at home whenever it tasted really good. I think my mother was secretly very happy about it.

I could now write about each course in detail, but the menu changes every month. And so there is only one menu per month, so nothing from the menu, but for vegetarians  there is also a menu selection. Yet: 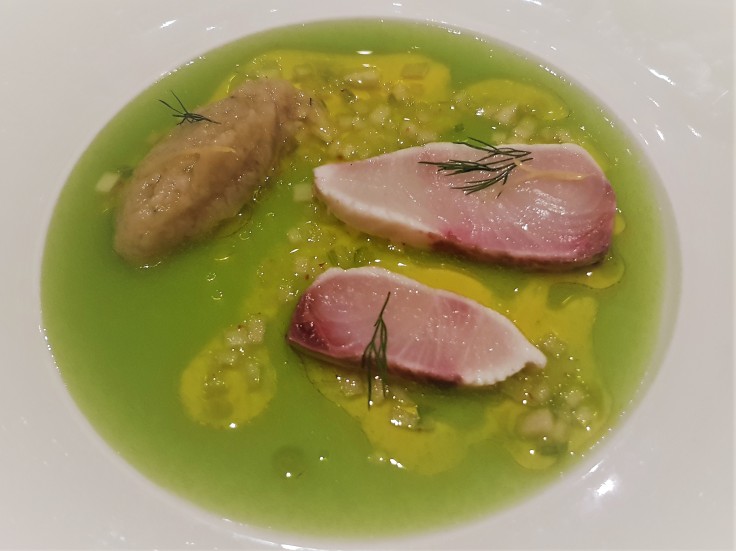 Hamachi with Eggplant, cucumber and lemon

This was really exactly what a first appetizer should be: fresh, unique and delicious. It is a successful starter and promises an exciting meal to come. My personal highlight was the lamb ravioli. That was just great: great lamb taste (and how often it can go wrong) with smoked leek and oregano to do it: classic ingredients, so no taste discovery. Simply a course that you would not have wished to be any better – coming early in the meal, you know this will not disappoint, but rather excite the palate! (I did not take a picture of this meal). But of the last before dessert. 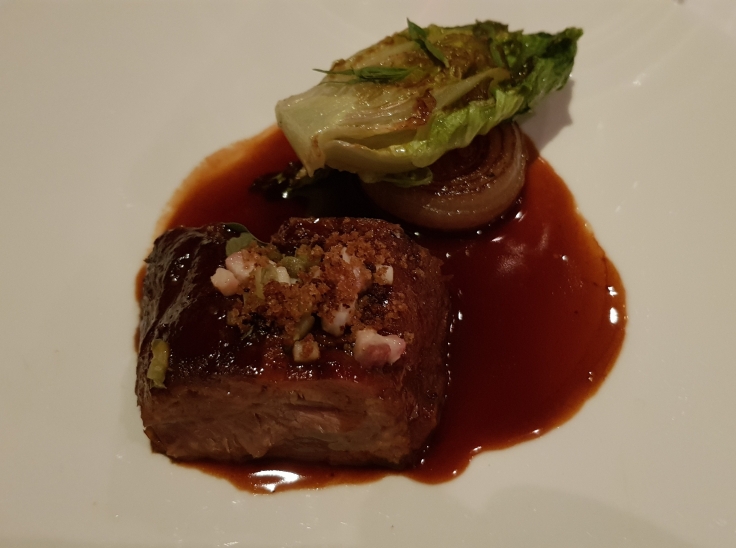 But before I outbid myself here with my compliments, there was one thing that really annoyed us, and that’s why the enjoyment was slightly tainted: Grant Hill always brings a bottle of wine from his collection. For me, this is not just a great pleasure every time, but even a little more: I think I have never had a bottle wine with him which was younger than 20 years. Such wines cannot be found in Richard’s wine list, although it suggested the reason why, in my view, an outrageously high corkage could be justified – we also have great wines on our wine menu. They really wanted to charge €50. That is just too much, considering that maybe a third of the wines on Richards wine list are under €50. It is also unnecessary because we ordered two additional bottles anyway: a white one at the beginning and, when Grant’s was finished, another red. With a polite, then later but also urgent hint that I would not have to pay so much corkage in some other well-known Michelin Star restaurants in Berlin, it was then corrected. A discussion that was contrary to the relaxation that you can actually experience there! I don’t understand that either, because I can’t imagine that many in Berlin come to Richards with a bottle of Australian Pedfold’s Cabernet Sauvignon BIN 707 from 1985 – and anyway they’ll come back if they liked it. 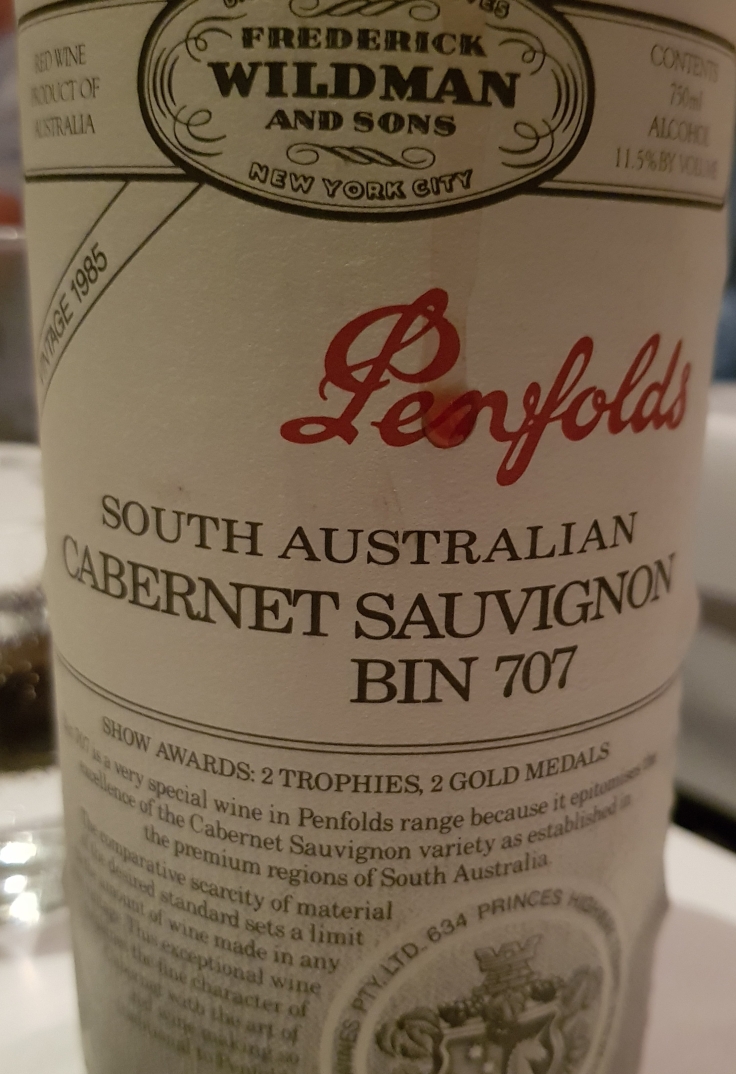 Moreover, we liked it very much! Someone had told me in advance that Richard would be relatively expensive. I cannot confirm that, our six-course menu was just under €100, so quite a fair price! As long as you’re not tempted to bring your own wine, I can sincerely recommend a visit – if you’re tired of the regional regional cuisine that is so regional that it sometimes gets stuck in your throat!