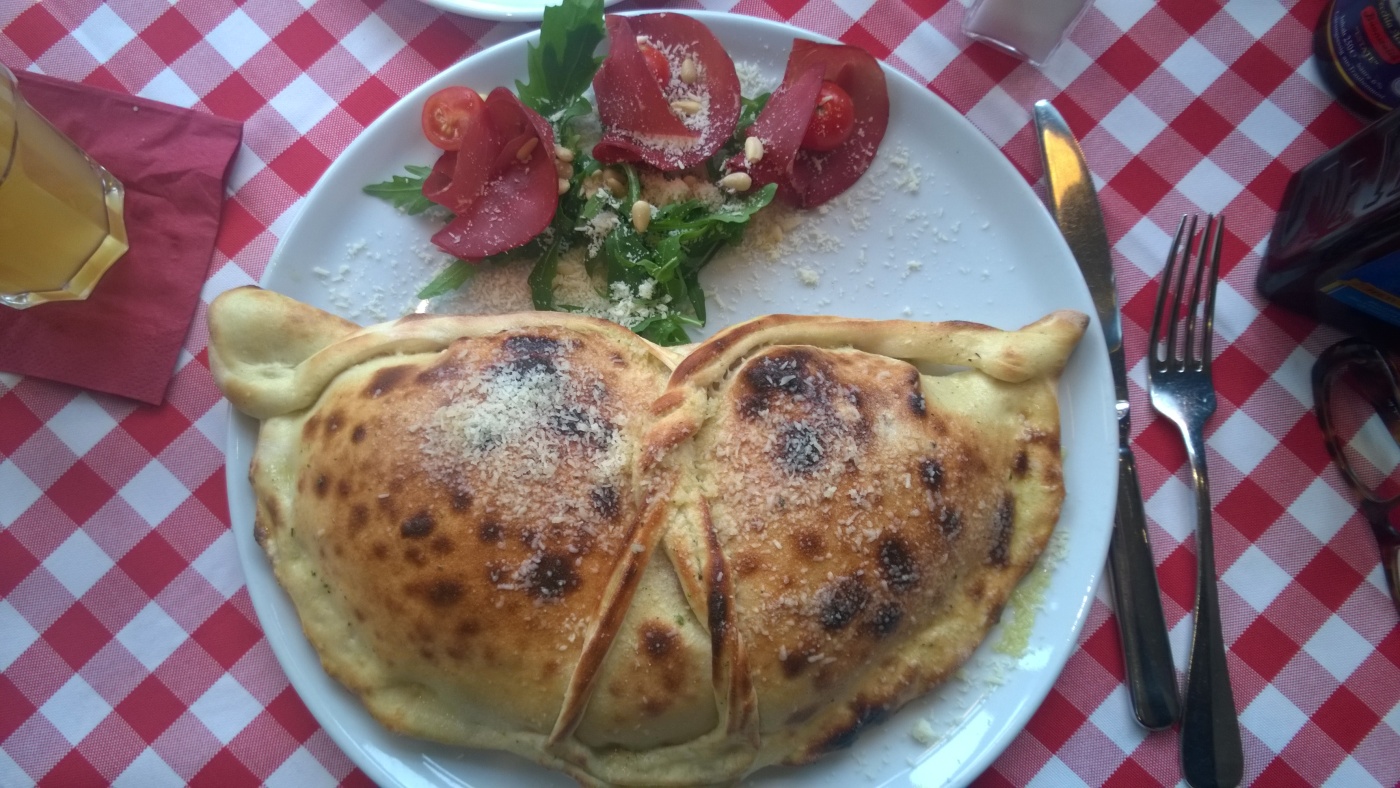 Probably one of the most incomparable dinner! Let us be precise: Italian pizza. Is there anyone who never had a pizza? Very seldom I believe.

Everyone has her and his best pizza. In most of the case this pizza in particular is also the best pizza of world. But “pizza-experience” is something local. Pizza you eat at home or at the place around corner – like the place you call “the second living room”. Around the corner also means: in each country of the world – probably except some Asian and African nations. Nobody would travel for the “best pizza of the world” to another town or even another country because this place – of course – is in the town where once live. Except my son when he wrote about his best pizza in the world: https://avdwineandfood.net/2015/02/27/arco-antico-pizzaria-san-marco-di-locorotondo/.

On the other side most of us would consider having pizza once a while being on a trip in any town of the world. It’s the alternative to any kind of real local food. If someone has kids it is mostly the only alternative!

Pizza is very often too fad, too much and certainly without such Italian flavor I would connect to my childhood. I sometimes wonder what it is exactly I remember. Or what remembers me! Wasn’t it rather an appetizer, like some finger food, in the old good times of real Italy? I think of smaller slices of big rectangular pizzas in the form of a baking tray, modestly added with ham or (fresh!) mushrooms, definitely not so opulent and in particular heavy as today. Although pizza never can be light as said today many pizza are too much covered with different and not really suitable stuff like pineapple! Again although today many people say that the dough must be fine and very thin if you take pizza from the tray, the dough is rather thick, a bit wet even and – if it is an original pizza – light. This kind of lightness is caused by way of how dough is done (and in particular how much yeast you use) and the way you bake pizza: on a tray in the oven or a fire stove.

If you like to check receipts of pizza dough or the way how to bake a pizza in the best way you can spend hours of hours in the internet – the same you would spend with chefs and prominent mothers. There is an impressive competition, huge madness and yet well-known and reputable chefs publishing their “secrets” of the “best ever” pizza dough. We must say that this competition does not exist only in the internet but of course in every town, district or street: “this is definitely the best pizza in town”! “Bullshit” is the response, “think about our ‘Toni’ around the corner”.

I believe there isn’t any other place in the world offering mostly and almost always “the” best pizza of the world than New York. If we are honest in New York and many other cities in USA the question of best pizza relates more to the amount of heavy (and cheap) cheese and the size of pizza than anything elase – than an hundred or even more cm diameter.

Italian food is probably the most successful exported and globally interpreted cuisine. Both pasta and pizza can be considered as rather simply food for poorer people. And it kept what it is! This is just great!

From the economic perspective it isn’t only the dinner for poorer people, it is also a very profitable cuisine. The ingredients are very effort able so to say (avoiding the word “cheap”). A better quality pizza may still not cost more than one – maximum one and a half € – but is saleable for ten € easily. It must be frustrating for so many great high cuisine chefs that some idiots who do not know anything about real food make so much more money than Michelin star chefs – just because of pizza. Pizza is often also just show: the dancing preparation, the fireplace and of course the quickness of preparation.

For me pizza is probably the same as of most of us: sometimes a wonderful but rich dinner. A memory of my childhood. “The” alternative if we there isn’t any other compromising idea what to eat within a group of people. It can save our days!

My friend Marco Müller (https://avdwineandfood.net/2015/03/04/weinbar-rutz-berlin-3/) – the chef of my beloved Weinbar Rutz – hates pizza (and I still don’t know why: because of the business concept or just because of taste) will have to change his mind soon since he became father of a wonderful daughter. He will not refuse having pizza for her respectively with her, I strongly guess.

You will find different articles and reviews about pizza places respectively pizzeria under the rubric (or category) pizza.

My best pizza of Berlin comes from “the” Italian at the corner (I told you it’s all about the “corner”) at the Rotes Rathaus (red colored) city hall. Logically the place is names Piazza Rossa! It is an Italian pizza which isn’t run by an Albania or amateur Italian. How could you recognize this? By the wine list. Even this is rather a very simply but sympathetic place you can find some really nice wine on the menu.

The pizza is really good, even a bit more than just good: Thin. Hot. Smoky. Not overloaded. Just fucking delicious. For me, it is the combination of all flavors. The only I can complain about is that a slice of pizza is huge like a ‘28’ hoop.

If you are in the Eastern or center part of Berlin – for touristic or business reason – and you are in the mood of pizza, I highly recommend Piazza Rossa. No special interior, no special high end cuisine special waiter. Just normal lunch time food. Easy, very good and affordable (this does only replay on pizza!). 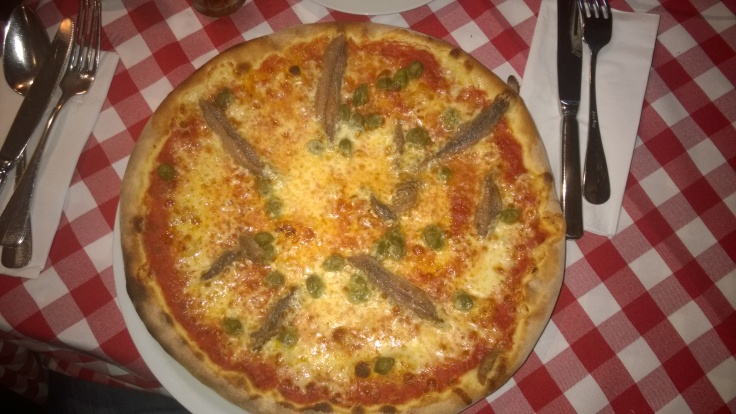 My Calzone was really good! But most of the times I have pizza “Napolitana” which is very good, too. Solid, tasteful, well baked, thin …..

Just to clearify: this is not a romantic and nice Italian restaurants in Berlin. The design is rather conservative. There are other dishes on the meues like reasonable pasta for instance. But this article is about pizza.