What a wonderfully atmospheric restaurant! It has been a long time since I’ve had such a pleasurable evening sitting somewhere, just observing the action and enjoying excellent food. What an experience! Located on Dizengoff Square in the heart of Tel-Aviv, the seating area is almost entirely outside and under awnings; the interior consists of a bar, a few tables, and the half-open kitchen. Ethnic music fuels the mood, which is characterized by a pleasant rush, a desire to eat, and the joy of entertaining conversation. Although it is a little bit chauvinistic to mention, I might add that my waitress was quite an unusual natural beauty, these friendly glimmers of her face should warm every heart and turn it into dreamy dreams. 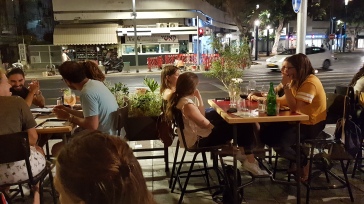 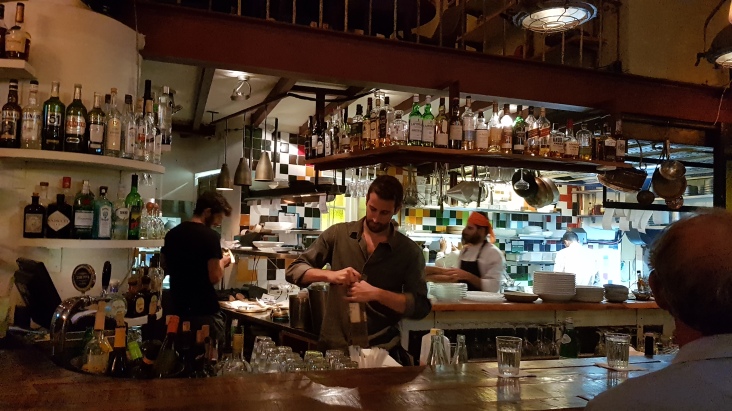 At first glance, this seems to not be a gourmet restaurant or star locale with sophisticated dishes. But, how wrong you are! La Shuk boasts a wide range of great dishes in medium-sized portions — in simple clay pots and or on large plates without a lot of twinkle stuff, the cutlery is forgotten and there are no tablecloths or anything. Here only the food is in the foreground, and for sure this is the reason for good mood of so many guests.

As an appetizer, I ordered calamari tzatziki with green beans and fennel. Hard to tell if these were the best calamari of my life, but the combination and preparation is probably the best I’ve eaten in a long time. By the first spoonful, which one dips into the creamy broth, one is enchanted by a singular taste experience, which is of course somehow oriental, but still summery fresh, seductively unique. The young potatoes can be crushed well, so that you can eat all the sauce too — so I asked for a smaller spoon, so as not to leave anything in the bowl.

As a second dish, I ordered “lamb siniyeh”: lamb baked with tahini, tomatoes, eggplant, harissa, pickled lemon, and almonds. Simply unbelievably delicious. This dish, too, all others considered difficult — great.

La Shuk offers Middle Eastern dishes – radical as a fusion of Arabic, Northern African, Israeli (which is a cuisine that cannot deny its roots in Europe) ….

Two things are perhaps pulling down a perfect experience: reservations given for a certain time are apparently not held to so accurately – “please wait ten minutes” – it quickly became 30 minutes, although not all of the seats were occupied (later it was full), but what of it? We are in Tel-Aviv, here the clocks are different and what else, yes, the wine was not chilled or cold, which I would have much preferred. Better to try the Israeli red.

People have raved to me about Tel-Aviv. I did not want to admit it and did not listen properly. It is a vibrant city, which is illuminated by beautiful light and, due to its location directly on the Mediterranean Sea – defying that it is in the east – has some Mediterranean flair. However, the architecture is very different, because Tel-Aviv is also one of the largest Bauhaus cities in the world, maybe even the largest. 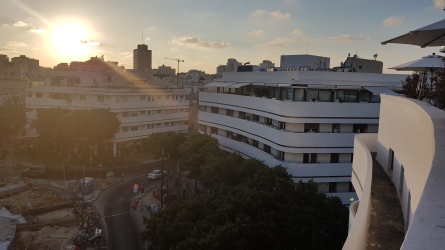 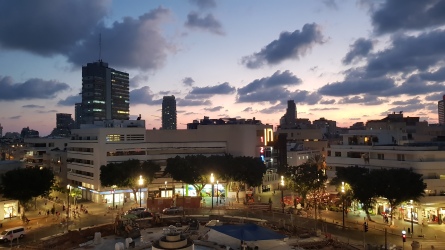 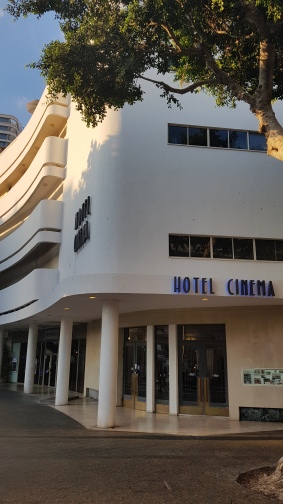 As a result, of course, it also looks very much like a Central European city, which is an exciting and attractive contrast. Dizengoff Square, where Le’Shuk is located, is a circular plaza whose center will hopefully soon be adorned with a fountain. At the moment there is a construction site whose surrounding houses are all built in the 30’s and 40’s strictly according to the Bauhaus style. La Shuk, as I said, is located in this beautiful place and is itself more like a pub in the original Jaffa. A contradiction that stands for the city. 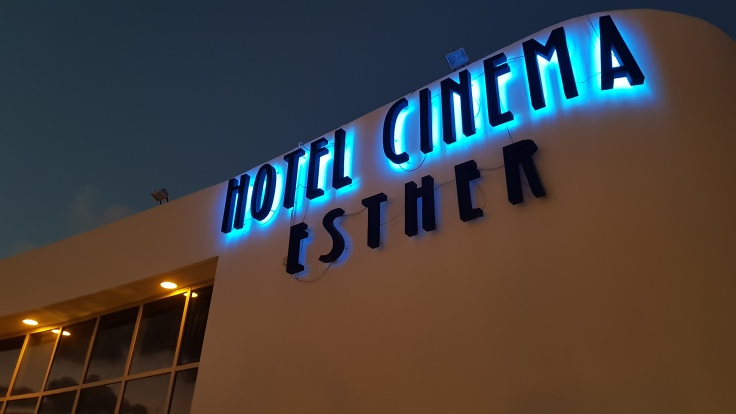 Although this is not a Michelin Star type of restaurant, the quality and taste of food is truly high end! I wasn’t drunk, neither by wine nor by the city. I even had to leave too early because my fucking flight was at 4 am… thank God my hotel was really just around the corner. It was called Cinema Hotel and I can highly recommend it as well: https://www.atlas.co.il/cinema-hotel-tel-aviv-israel

If there were a way to copy this place, it would certainly find a wonderful home in Berlin as well. Le’Shuk is fantastic. Here a link to it webpage: http://lashuk.rest-e.co.il/

One thought on “Le’Shuk, Restaurant, Tel-Aviv”