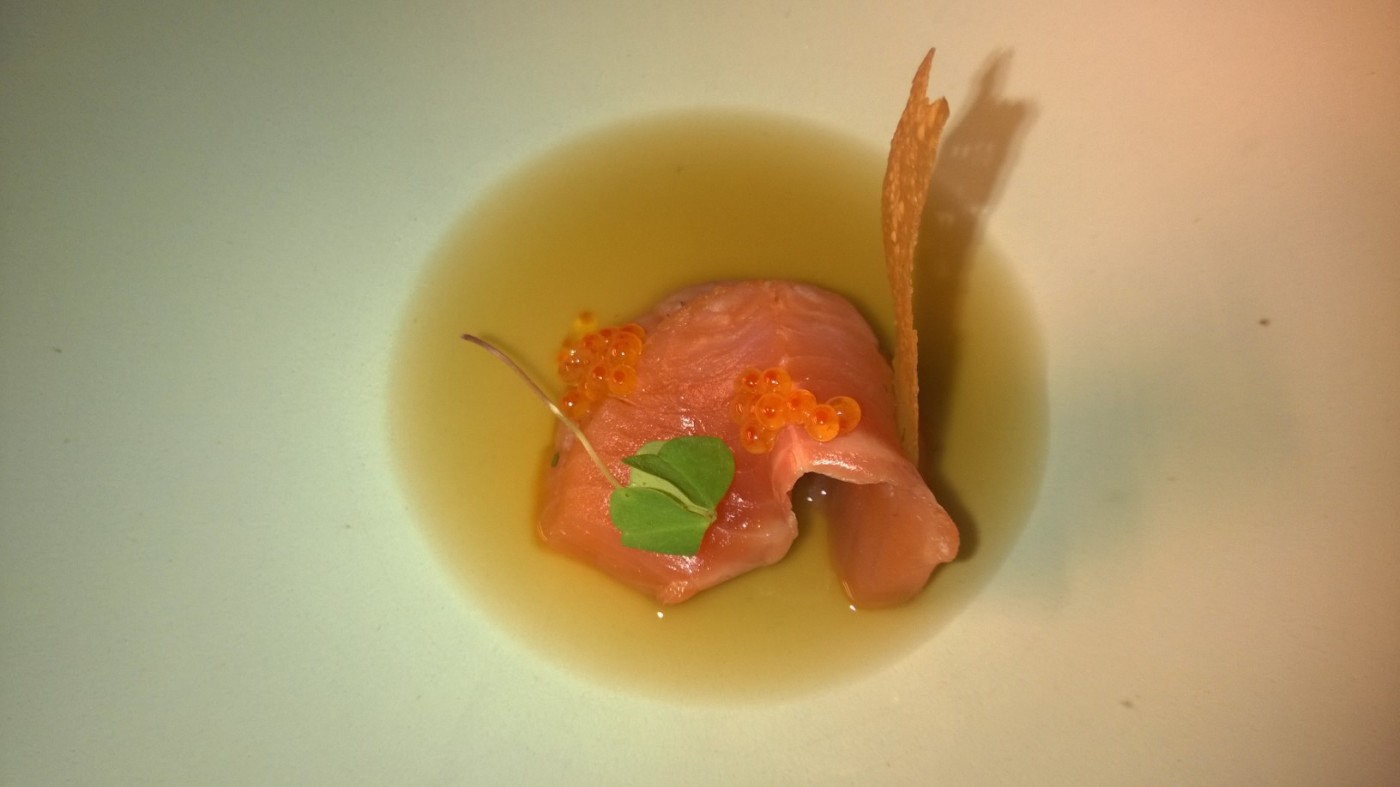 Returning a year later to Hisa Franko, the home of Ana Ros, I’ve just had another extraordinary culinary experience.

Her cooking is among the best in the world. Almost all ingredients are from Slovenia, many coming straight from their own garden; meat and selected fruits and vegetables are sourced from the surrounding area. The rest, mainly fish and other vegetables, come from the nearby Adriatic coast and from Istria. If I were asked to rank chefs in order, I would put Ana and her creations in first place. Every menu holds two or even more scintillating surprises. Often as a result of an unexpected combining of ingredients – as for example the trout in chestnut broth, the shrimp with rhubarb and melon – or the setting of super-hot onions as contradiction to the crispy fish, just to name a few.

Please see some selected pictures of the May menu called “Nine” – although at least one course was different than described on the menu. Even better! 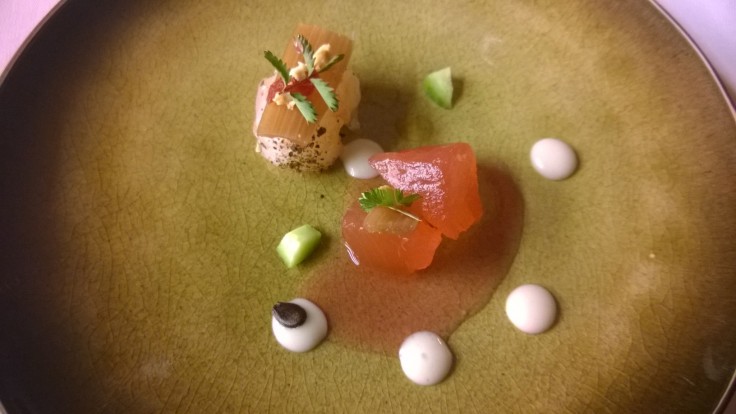 Shrimp topped with rhubarb and melon – simply amazing: who else would ever imagine this combination of ingredients?  The dish is light, refreshing, with a good bite 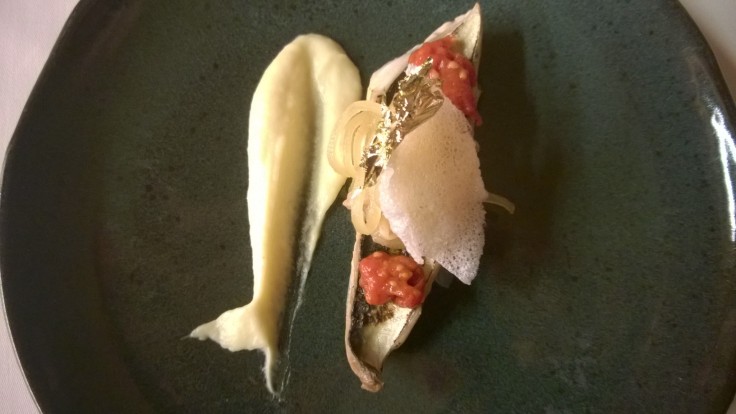 Mackerel, tomato, cinnamon, and caramelized radish – perhaps the least felicitous dish of the menu, but still rates better than excellent! 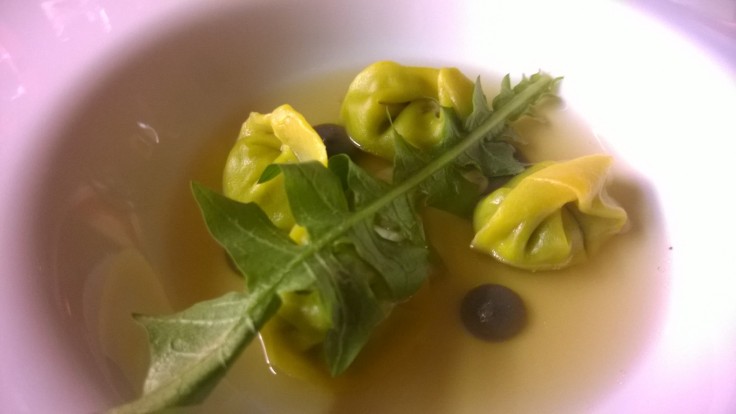 Wild hops ravioli, goatling broth, goatling brain, black bean and anchovy – the broth is one of the very best I ever tasted in my life. Since it was so good I asked for a small cup of broth in addition – which I thoroughly enjoyed. Wonderful!

Revival of brodetto / red mullet, scorpion fish, candied lemon, red onion marinated in orange blossoms – this dish might have been most exciting one – an inspiring game between really hot and lightly sour. 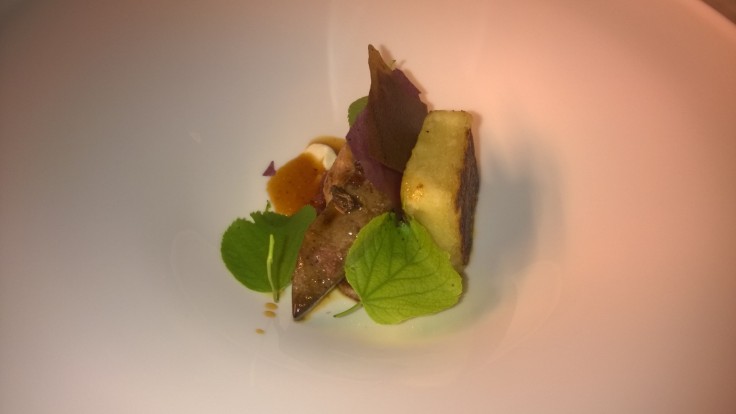 “Spring Salad” – the name says it all!  Gorgeous and succulent – it seems almost a shame to eat it!

Walnut meringue, 21 day kafir, pear steeped in chamomile, forest honey and pollen ice cream – it says what it is!

It has been a remarkable experience again. Aside from food, as I wrote after my first visit, Valter Kramar has a very rich collection of Slovenian wines. My discovery this time was an orange wine – Malvasia – from Gordia, a wine maker from Slovenian part of Istria. (http://www.gordia.si/ ).

Talking with him about these wines, tasting some of those and trying to also not forget all stuff you could tasted at the end belongs to Hisa Franko at the same time. What a wonderful commitment of both hosts to their country, region and nature. I just love it even more than the first time!

Last but not least: Ana Ros is one of the chefs of second season of Netflix’s series called “Chef’s table”. Have a look at the trailer if you like: https://www.youtube.com/watch?v=C7SNSWEV708.