Zibibbio in Pithos, COS, 2016, white wine from Italy

Until now I have not written about COS, although I am a big fan of this winery. Not only because of the great wines of Azienda Agricola Cos, but also due to the presence of Joanna Dubrawska, who for many years was not only responsible for marketing and sales for COS but could also introduce wines in a very special way. She left COS a few months ago and is now working somewhere in France. Behind the winery are actually three founders, C. O. S. is a reference to their surnames. 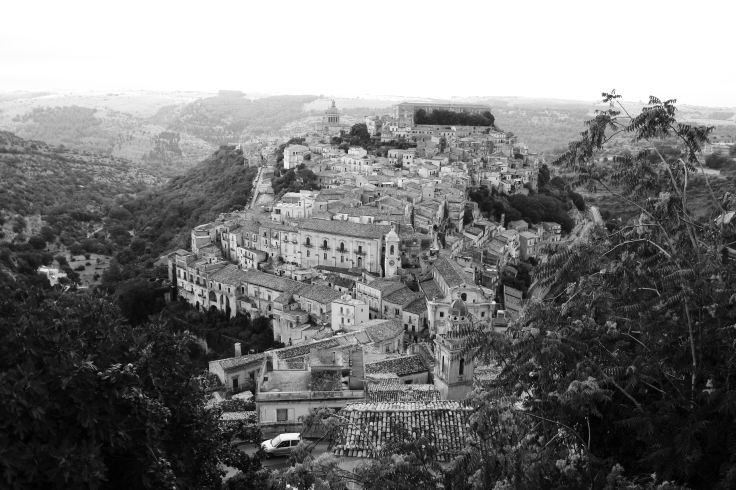 The winery is located in the south of Sicily, not far from Ragusa. And who else but Billy Wagner made me aware of this winery. When I told him that I was going to spend a few weeks in Sicily and would like to visit some wineries, he called Occhipinti and Cos, since both are only a few miles away — and I visited both five years ago. In the meantime, I returned last year and learned more interesting things about wines from Sicily, but also about Sicily as a whole.

I could digress quickly, because there is so much to say about Sicily itself: not only about the Mafia, but also about the varied nature, the fascinating cities, and the famous archaeological sites. Sicilian history includes the Greeks, the Romans, the Cathars, the Normans, the Franconian and of course the Stauffer, especially the Emperor of the Holy Roman Empire of German Nations Friedrich II, after Otto the Great, my favorite emperor.

Back to COS. One hundred percent ecological: organic and biologically pure. Many of the wines do not age in barrels, but in amphorae (which, incidentally, and interestingly enough, were produced in Spain).

There is no doubt that 2000 years ago wine was matured in amphorae — which doesn’t mean that the wines of COS taste like ancient wines. But they do have a very unique character and differ very substantially from other organic and biodynamic wines. Of course it is not just the fermentation and aging of the wine, but also the selection of grape varieties. The winemakers of COS have decided to grow native grape varieties, the best known of which are Nero D’Avola and Frappato (for the reds) and Grecanico and Muscato. In addition, they grow also such global sorts as Cabernet Sauvignon and Merlot, which, if I am not mistaken, are only used for their Cuvees.

However, everything is organic; most of their harvest is first filled and fermented in amphorae, then the wine is put into barrels and bottled after a while. Please forgive me that I will not present each of their variety of wines today, maybe sometime in the future.

Today I want to introduce the Zibibbo in Pithos. Zibibbo, I thought, is a grape variety native to Sicily (this would certainly fit COS). Once you begin to search for the origin of the name of this grape, you immediately stumble into the history of Sicily. So, it is not really a native vine, even if it existed there 2000 years ago and, according to Wikipedia, even if the name derives from the African Cape Zibibb, it was allegedly brought by Phoenicians from Egypt. Anyway, it is actually a sort from the Muscat family — with the seductive name Muscat d’Alexandrie. No, of course, it has nothing to do with me, but maybe the namesake is the city of Alexandria in Egypt, although, again according to Wikipedia, the species described is a hybrid of a Muscat with Heptakilo, an old Sardinian grape (and I never have heard of Heptakilo as grape). However, this is not a new or modern crossing of grape sorts, but something that has existed since antiquity. Anyway, that this wine is made at COS is something very, very special, indeed quite extraordinary.

The wine does not stink of a sheep pen like many organic wines do! Instead, it smells of a dry but still fragrant Sicilian summer meadow, simply floral, with very stony and fruity notes and savory herbs. The whole thing explodes in the mouth, it is really elegant also due to this incredibly interesting characteristic: refreshing lemon and at the same time it’s stony cool. You can taste the entire fruit, including the skin of the grape. A wonderful tasting experience, rare and unique.

Very wonderful. And! Let the wine stand half-open for a few days, he gets better, the more air it gets!I think this is a wine that you should drink without any kind of food.

Back to COS: even if I miss Joanna, a visit is always worthwhile. Impressive are the amphorae dug deep in the ground, and the beauty of the wonderful landscape where this wine grows. Far away from Mount Etna, therefore there is no volcanic rock, but rather clay soil. Not far from the sea, the wine gets a lot of heat in summer and yet it is exposed to the influences of the sea, which clearly does it good.

Everything else about Cos can be found on the internet. There are so many articles and reviews about this winery – somehow more and more famous winemakers from the south of Sicily. Here is the link to their webpage: http://www.cosvittoria.it/