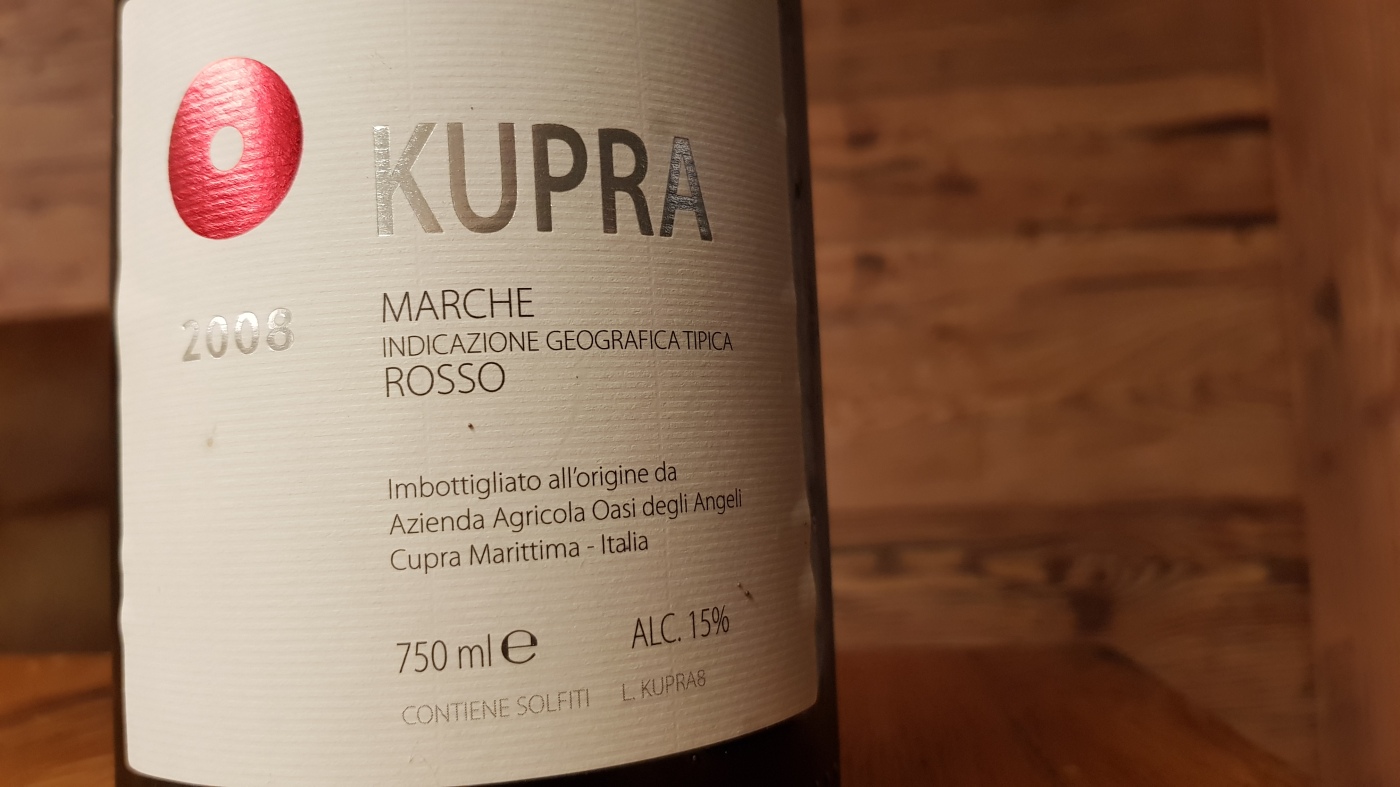 In June 2015 I wrote about Marco Casolanetti’s famous Kurni. If you are interested in Marco’s wine-making, and if you don’t know Kurni, please have a look here: Kurni, 2008

When I visited Marco – probably it is now perhaps even eight years ago – he also introduced me to his second wine, Kupra. Since he produces only 400 to 600 bottles of this wine per year, you would think that this is the little brother of Kurni, also because Kurni is so prominent. Actually, this would be wrong: first of all, Kupra is not made from Montepulciano, but rather from a grape called Bordò, a kind of a clone of Grenache. Secondly, it should be higher quality than Kurni, which is ambitious to say.

Both wines are very different. Perhaps the general quality of the wine, the extra-ordinariness and even rareness makes this something very special — and as such similar to Kurni. Even though the grapes are very different, and perhaps also the production differs. In the end, it is the same passionate winemaker who is certainly very dogmatic and individual in his approach. Considering the consistent quality, the strictness in wine-making, and, last but not least, the success of Kurni, it is easy to imagine that Kupra must be something really superior, too.

It is excellent wine, indeed. It is very concentrated, rich, precise and nicely balanced. Clear fruitiness, but with strong tannins and an impressive volume. It is soft and even somehow mellow (in a nice meaning of this word). Red cherries, tobacco and some licorice. It is not easy to compare with anything else, in particular because the wine feels rather light, although it has 15% alcohol. Bordó is a bio type of Grenache that is known more in France and eventually also in the USA, but not really in Italy. I am saying this because — had I not known about the grape I still would easily confirm that this is really a “winemaker’s wine” — typically and somehow characteristic for the region of Marche.

Even though Marco offered me a very friendly price, this wine is very expensive. In comparison to other wines in the price range, perhaps Kupra is not the best one. If you look for the wine on the internet, you could easily be asked to pay more than € 200 (!) per bottle. In any case, it seems they are actually able to sell the wine for this price, which at least should give them reason to continue producing it, even if there are only 400 – 600 bottles per year.

I am not sure if the wine in named after a goddess of the Etruscans, who corresponds to Juno the Roman, to the flashing gods. If so this would be another wine related to someone in the ancient world (Columella, 2001)