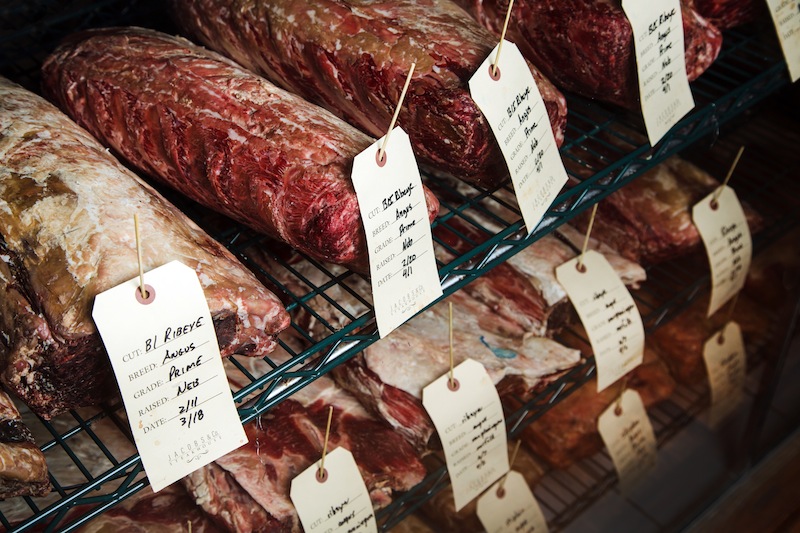 My favored steakhouse in Toronto always has been Barberian’s (http://www.barberians.com/). Not only because of its great name, but because of some very good steaks, great wines and some personal stories which are related strongly to this place. Everything I thought is more or less unique as for instance the impressive huge wine selection and of course the meat. But, I need to be honest; the Barberian is a very vintage and even conservative place.

My friend Amy Beecroft, originally from Toronto, reacted indignantly when I told her about my sympathy and excitement of the mentioned place. As a counter program and try of proof that there is a least more than only one steakhouse she brought me to Jacobs & Co. Admittedly a really great alternative, if not as real counter program. Modern! Stylish! A bit more if not much louder! No carpeted floor but nice and spacious table. Waitresses mostly instead of waiter, young not old, maybe even a bit too young. Anyhow, the best and really unique about the restaurant is the amazing selections of different steaks!

There is a general menu which contains appetizers, vegetables and selected mains; there is a menu for dessert and of course also a list of wine. But the real gem is a separate steak menu! At least ten (!) sources of meat: farms from Canada, USA, Australia and Japan with really impressive selections of different cuts – all together more than 40 different selections. Please have a look at the menu of Sept. 27th 2015 here: steaks

Talking to the man in charge, owner, host, boss or simply Peter Tsebelis, who runs the place, he confirms that the steak menu changes every day (!). This is first and so far only steakhouse I would like to call Steak Restaurant! The presentation of the menu is like there would be a meat sommelier. The presenter knows every details about the meat: producing country, the farm where it is from, which kind of cut, how the cow respectively bull has been fed or if it had grass or hay of what kind of land. If there would be some other great beef from somewhere else and it would be economical reasonable importing it, I would wager that Peter would get it into this restaurant. 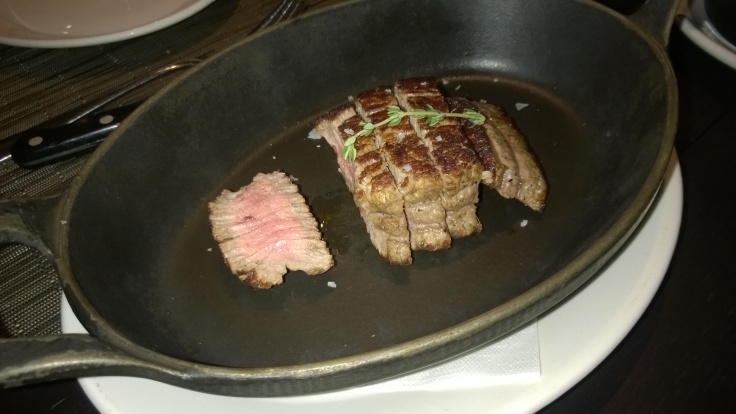 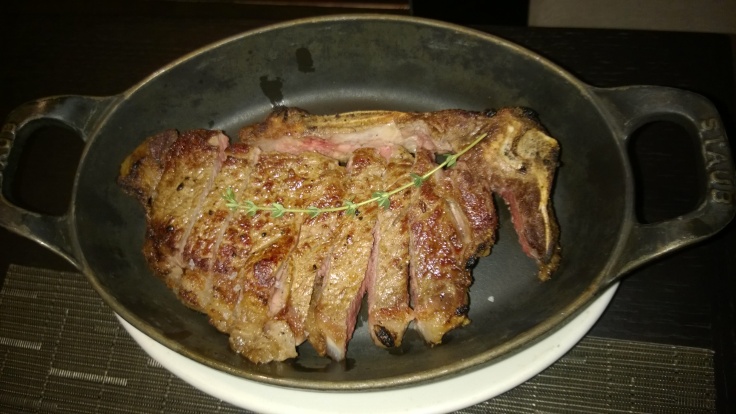 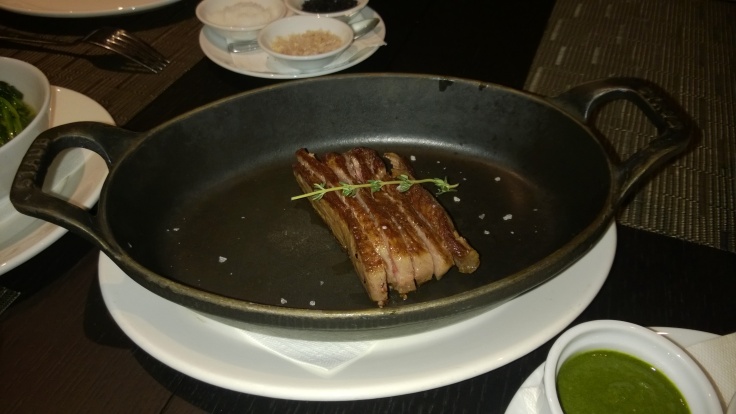 As you can expect at such a place the preparation of meat is top-level: medium rare is real medium rare. Although I and very probably any chef of this restaurant would kill you inwardly if you would order “well done” of course meat would be well done at its point. Surely, this is one of the very best steak places I know in the world. I still will return to Barbarian, certainly with another expectation now and I also believe I still will enjoy steak in NY or some other towns. But (!), I’ll take reference. In Berlin for instance people always praise a place called Grill Royal – this is shit comparing to Jacobs & Co. 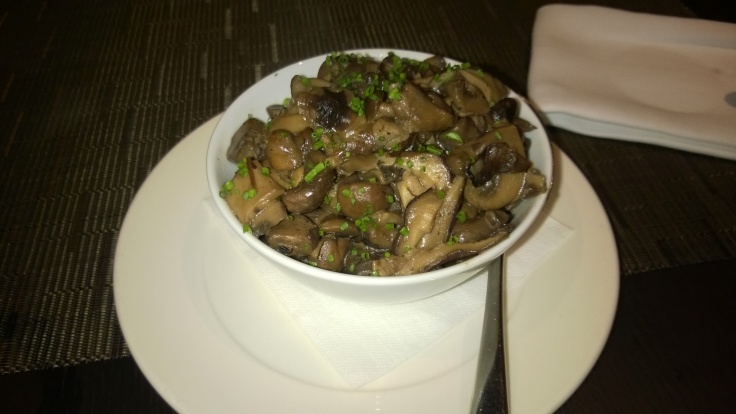 Honestly, only a woman could order side dishes. Senseless: we agreed on mushrooms. But this evening was devoted to meat!

Aside of this the wine list isn’t unimpressive. When I told Peter that I once had the chance to went into the cellar of my former favored place Barbarian which contains a remarkable wine collection (as far as I know the second largest in Canada linked to a restaurant) he fairly admitted that this is not achievable. Simply because Barbarian collects wines since many decades. Taking this in consideration the selection of wine at Jacobs & Co is a very interesting and certainly colorful one. We had a lighter but characterful 2007, Pinot Nero from Giorgo Odero from Frecciarossa (Casteggio) which is part of Pavese, ca. 70km in the south of Milan (http://www.frecciarossa.com/eng_odero.html). Not too often to be found on a wine menu but reasonable priced and perfect for a variety of steak.

Dessert wasn’t something we ordered but presented to us as the godsend of this dinner: three “unasked” choices of sweets! And honestly, this size and variety was unreasonable. Too much to eat and much too rich – almost a demolition of the experience of the evening. 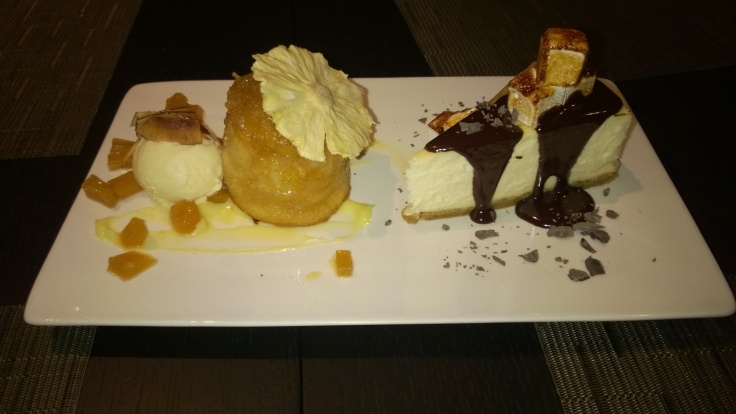 Giving the right amount of points I like to comment: because of the amazing quality of meat I am giving eights points. In respect to the rest as service, side dishes and loudness of the restaurant it would be five. Compromising this, it’s a seven!

Please find further information about this restaurant at http://jacobssteakhouse.com/