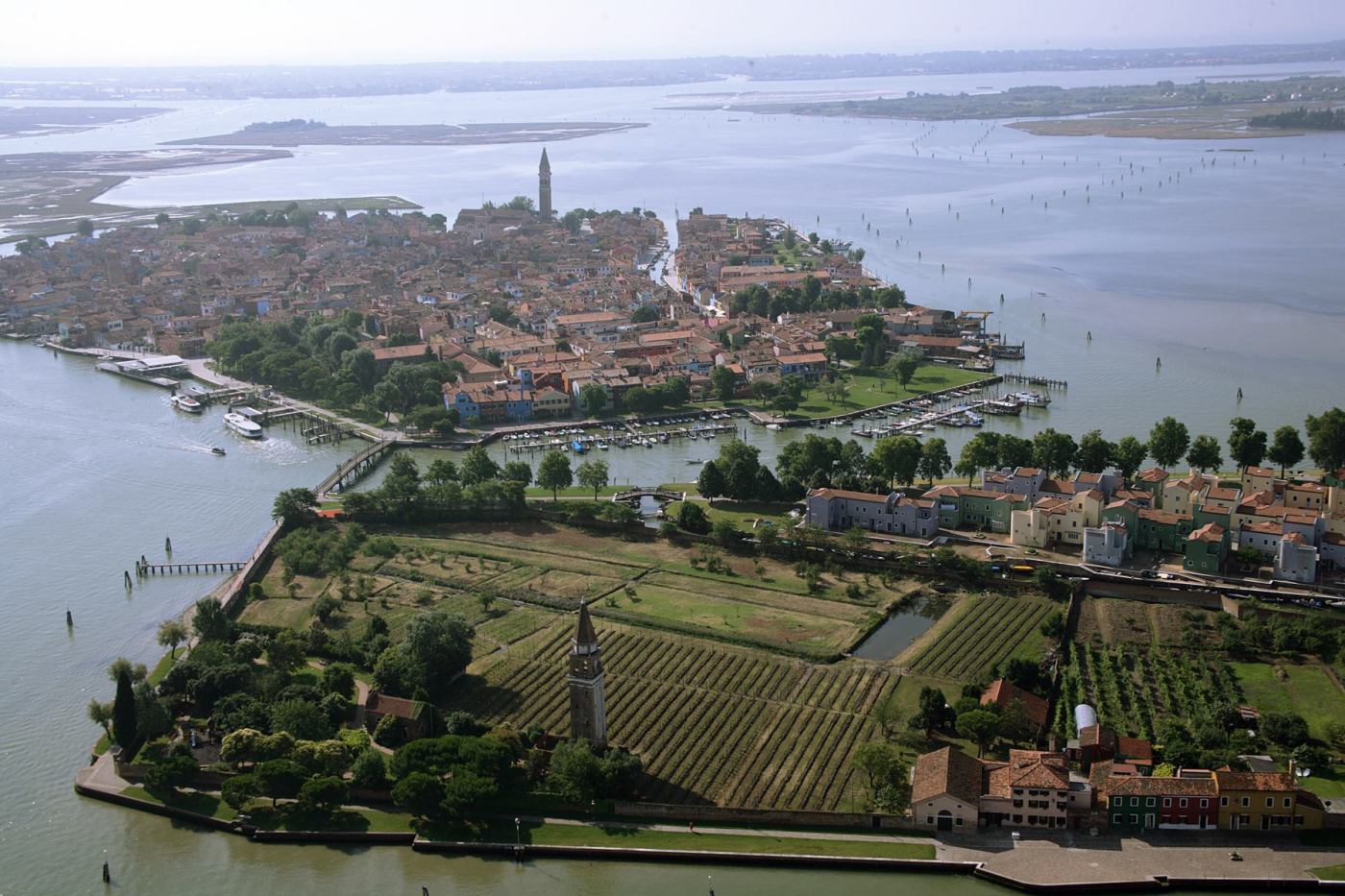 What a remarkable restaurant! I should have heard about this one, but never did. Recommended along many other awarded restaurants of Venice the description of it made me curious and let you in the impression visiting a friendly place. I did not put attention on the location and thought it should be in Venice. The concierge of my hotel told me that I would need either ca. 1,5h by the water bus or 30 – 40 minutes by water taxi.

The restaurant is located on another island of the Venice Laguna called Marzzorbo close to Burano. It is not only a restaurant but also small vineyard. You can even rent a room for some nights – probably without the classic hotel service certainly a great option for another stay. 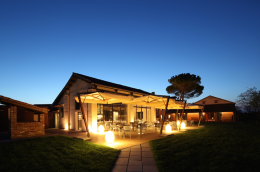 Summer temperature allowed us to sit outside at a beautiful terrace right at the vineyard and a vegetable garden. Wonderfully silent in comparison to the hectic and touristic loudness of Venice – a place to come down!

The service is very friendly; you immediately feel yourself being expected since long and very welcomed.  As an aperitif you get their self-produced Private Cartizze, a prosecco (made in the same method as champagne). It’s made out the local and autochthonous grape which called Dorona – according to Venissa’s webpage and the very nice but also experienced sommelier Stefano Dorz it exists almost only at this Island. Since I am not a big fan of any sparkling wine in general I could confirm that is was refreshing, delicious but would need to let it evaluate by someone else.

Since there was a change of

ownership just recently there were some changes of staff as well as I was told. The main and pretty risky change concerns the kitchen: there isn’t any more one chef! There are now four of them – for equal chefs.  I am curious if they can keep the Michelin Star – maybe this is a way to get the first time in live four! But as it is written at their webpage: “Eight hands, four hearts, and hundred stories complete a gastronomic tale that comes straight from the lagoon, the gardens, and the vineyard with old flavors and new that lie in an intuition, a family memory,…..”. This is a correct statement as it describes my experience.

Although you would perhaps a little bit afraid that courses would differ too much, exactly the opposition it the case! This restaurant deserves at least the one Michelin Star, I wouldn’t disagree if they get four! It was seriously one of the best dishes in my life! Wonderful combinations which wer sensationally balanced and related to all different condiments: vegetables, greens and herbs come all out of their garden. The rest of goods and condiments are freshly bought at
Venice markets. Being on a small Island of Venice Laguna it is obviously that the selection is dominated by all sorts of fish and sea fruits.

Our menu was called “Four Hands”!

I am not a fan of scallops but this preparation was a rapture even for.

The next was called “Lagoon and Garden”

this glas contained a basis of pumpkin plus sea food 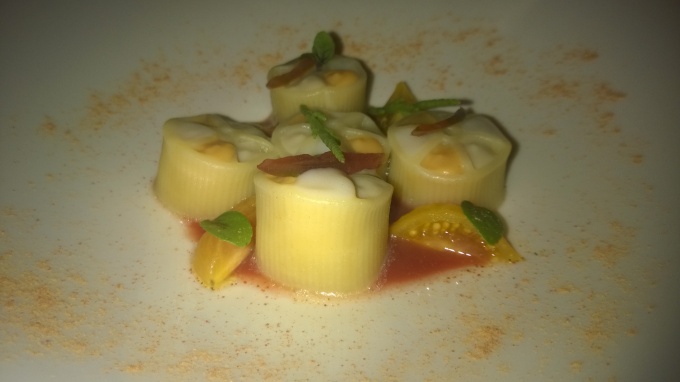 “Crazy wheel” – shaped pasta is cooked in water infused with seafood and in every wheel there are five gelatin made from small scallops, sea truffles, mussels, and clams. The sauce contains out of date tomatoes, yellow cherry tomatoes and Thai lemon basil

Incredibly good! After this we got second course called “Sea Bass in Cream”

Last but not least the desert by Serena Baiano on which I have no name.

The menu was one cast. If I would not have known the story about the four chefs I would have easily said, this all has been created by only one.

We had amazing wines together with the dinner which were a kind of common chose of the sommelier and myself. The two highlights were Malavazija of Klinec of 2007 from Brda (Slovenia), what a wonderful and seldom piece and – consider you have this at first and you must find a fitting next one – we took a Nova Domus Reserva of 2012 from Cantina Terlan, a white cuvée from Alto Adige. It was perfect for the sea bass.

Thanks God it isn’t my bu

siness to consider if this remarkable ensemble of vineyard, restaurant, osteria and even pension at such a peripheral location can be profitable. Probably and even this is a secret it is. It isn’t a cheap restaurant, but I like to say that every Euro is worth to be spent. In particular Venissa seems not to charge too much for their great wines but fairly more than other places for the food. The menu we had costs € 120 / person. And unfortunately if you don’t stay in Marzzorbo or the next island Burano, you will have to pay for water taxi, which on the other side is such a beautiful ending of an evening in the Laguna of Venice.

Please find further information at www.venissa.it. This is a really nice and very rich webpage. You will find plenty of information about their wine, the restaurant but also the entire ensemble.

One thought on “Venissa, Restaurant and Vineyard, Marzzorbo”