Taipei, a city many of us probably do not know. If not, then, forgive me. Anyway, I was unprepared for a stopover of three nights in the capital of Taiwan. Frankly I had no great expectations. Since my blog is not about traveling, but about wine and food, I will not go too far here, but I must say that my visit to Taipei really impressed me and therefore I’ll allow myself to share my impressions with some photos: 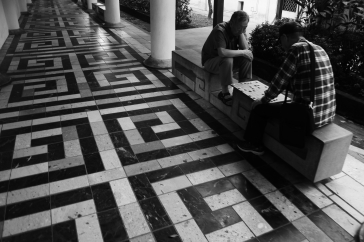 Until now, I have not experienced a city of international standing where so few people can speak English or any other “international” language. That already ensures a pleasant deceleration. I was surprised by the subtropical climate; it is definitely much warmer there than expected. All makes a very friendly impression to a first-timer and, although the city is huge, you can get around easily on foot — if you use the well-organized public transport in between, or you just use taxis a bit here and there. There are also plenty of bicycles that can be rented on the side of the road, if you’re willing to download a complicated app — and to divulge your bank details and much more. You should also not be taller than 1.70m, because the bicycles are all rather something for the little ones. 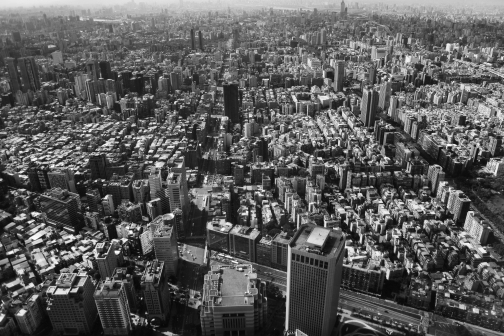 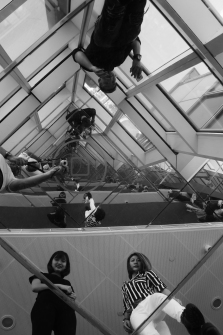 The city is modern, but not as modern as it was fifteen years ago when it was home to Asia’s tallest skyscraper, with breathtaking views.

But the highlight of my days was a visit to the National Palace Museum. In 1949, when the civil war in China ended with the victory of the communists under the leadership of Mao, conservatives, royalists and most representatives of the defeated government fled to Taiwan. They took almost half of the treasure of the Forbidden City in Beijing, so the art, and arts and crafts collections of the many thousand-year-old Chinese dynasties is in Taiwan, not in mainland China. The most notable pieces are now exhibited in this Palace Museum.

They are incredibly impressive. Especially the porcelain collection, which is unique and of a fascinating timeless beauty.

At any rate, in my life I have never seen such beautiful porcelain, some of it over 3000 years old, other “only” 200.

I actually assumed that the food in Taipei is Chinese, but I was wrong. Whether one can speak of its own unique cuisine, I do not know. I had too little opportunity to visit restaurants and kitchens. My impression, however, is that it has its own character: there are many soup places (especially “ramen” pubs) and you get a slightly Japanese influence, also because these soup places very often offer ramen, a kind of Japanese soup, which seems to be slowly gaining ground in Europe as well. In any case, what is on offer is very different from that in Hong Kong, for example. Taipei is now far enough away.

However, apart from a selection of top restaurants, there are various more or less famous night street-food markets. Mostly in those areas where you can recognize some older urban architecture, still with narrow streets and some temples smack in the middle, where you can find any kind of home-made cooked, boiled, fried and grilled finger food. If I ever return to Taipei, I will certainly spend much more time at one of these markets although some of them are more like touristic attractions than culinary oases.

Since you may want to sit down for lunch or dinner, there is an extensive offer of many restaurants and pubs, including many with European offerings – so far, I have not noticed any other Asian city where I found so many Italian restaurants. Whether they are good or not I simply do not know. Everything is more western than in the Chinese mainland, and that is not only historically based, but, to a certain extent, also intended by the people themselves I guess, in order to distance themselves more clearly from the mainland China. Only in terms of the language is this separation weak, as I said, people hardly speak English, even in fashionable or trendy shops. This is my impression. Hokkien is the name of the language that is spoken in Taiwan – yes, I admit, I have not heard of this language before. It is one of the many Chinese languages, or dialects, which is mainly spoken by “overseas Chinese”. Although you can read that Taiwanese is spoken in Taiwan, this stems from Hokkien. As I recently wrote, a nice side effect of keeping this blog is to keep learning. 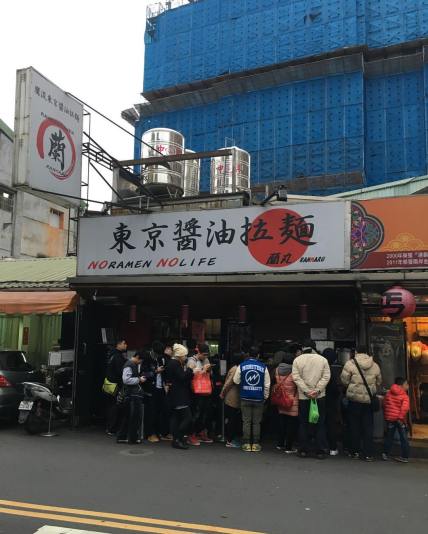 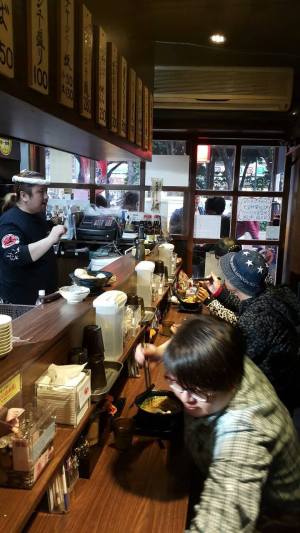 Aside from this challenge, there is another one! You cannot just go in there, take a seat, wait for service, and try to order with signs or drawings. No, you have to line up with many other people because the interior is so small that only a few can find a place at the counter, which is in front of the kitchen and also is where soup is served. It seems to me that this place is always full. Meaning, if you have eaten your soup (if you manage to get that far), you will have to leave the restaurant immediately, since it”s already the next person’s turn.

As a polite German, I behaved respectfully and did the same as all the others. I thought! Until I realized that everyone standing in front of and behind me was holding a piece of paper in their hand, a kind of holy strip. Sometimes in a foreign country one feels  not only strange, but somehow uncertain. No, no one in line spoke English, so I could not find out really what the meaning of this strip was, although it was very clear that without it you are a nothing!

Watching the scene a little bit, I then realized that everyone has pre-ordered his ramen soup in an old-fashioned box by entering numbers. As soon as you get a seat at the bar (by someone open the small entrance and saying something you cannot understand and to let you in), you put down the ticket and get your soup. This saves time, smart enough. Fast Food in a new way as the chef already prepare the dishes while his guests are cuing outside. Because the menu posted on the box was in Chinese letters only, I had to give up. Even if I would have found someone to translate for me, I guess the people behind us would have not had unlimited patience while I tried to make my choice. Too bad! A pity.

I then went around the corner to a very common inn whose menu had pictures, at least for a part of what the host had to offer.

The food did not taste too bad, but that had nothing to do with the other place and it is not really worth writing about.

Really phat! This is my first review of a restaurant I wanted to go to but could not. For that, I mused something about Taiwan, which I hope was not too boring.